On the 18th of June 80 guests and staff joined together for the opening of the “New Look” Ray White Mooloolaba.

Mayor Mark Jamieson opened the new office with brief on the Sunshines Coast’s growing prosperity, the Council’s ongoing plans and the value of small businesses in the local community. Business partners Brent Higgins & Brett Graham spoke of the businesses coming of age having opened in 2010 and plans to grow to 25 staff by 2016.

Staff and supporters were pleased when James Goldsworthy was welcomed to the management team as Sales Manager and Auctioneer. Reconfirming the support the business wants to bring both to staff and the local marketplace.
Brent finished by highlighting that Technology, Marketing & Legislation may change, it all still come back to the People in our game – the people that support us and the people that we represent. All the guests were then welcomed to take a tour of the “New Look Premises”, an open office as such before heading to Augello’s for an evening of socialising, good food and drinks. 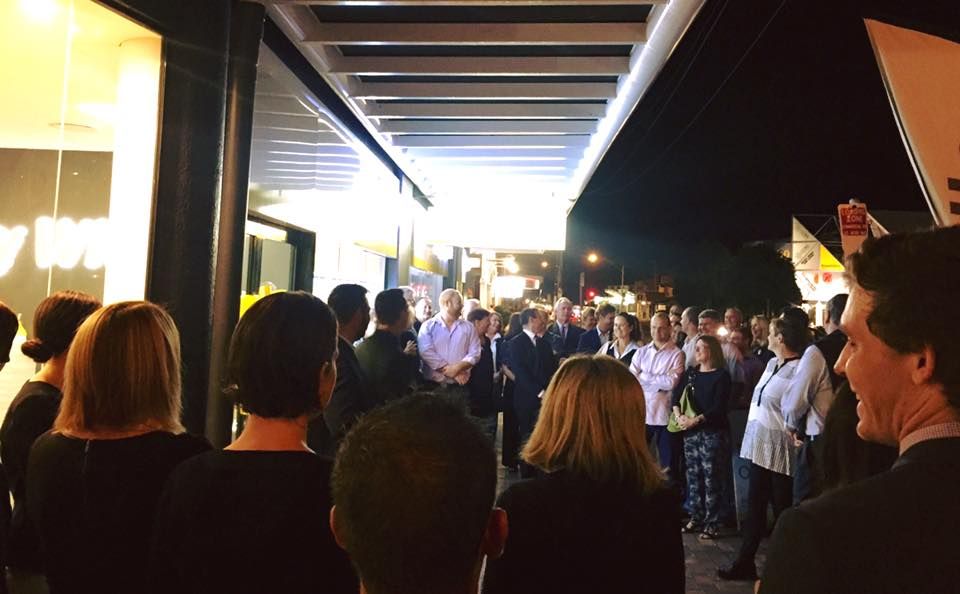